Your Weekend Home In Llandudno

Llandudno is a seaside resort, town and community in Conwy County Borough, Wales, located on the Creuddyn peninsula, which protrudes into the Irish Sea.

In the 2011 UK census, the community, which includes Penrhyn Bay and Penrhynside, had a population of 20,710. The town's name is derived from its patron saint, Saint Tudno

Llandudno has kept its Victorian and Edwardian elegance and splendour, despite its modern attractions.

During the Victorian era, roads on the Great Orme were still fairly primitive and the steep slopes prevented all but the most sure footed from reaching the summit. Llandudno was fast becoming a very popular tourist resort, so it wasn't long before local businessmen latched on to the idea of a cable tramway.

A little over 15 months after construction work started at the bottom of the Orme, the line was declared safe by the Board of Trade. On 31st July 1902 the first car moved off from Victoria Station, to the sound of the town band playing "God save the King".

This is Great Britain's only remaining cable-operated street tramway and one of few surviving in the world. It takes passengers from Llandudno Victoria Station to just below the summit of the Great Orme headland. Operation of the tramway differs from the better-known San Francisco system in that it is not a cable car but, rather, operates on the funicular principle where the cars are permanently fixed to the cable and are stopped and started by stopping and starting the cable. As one car is ascending, the other is descending, and they meet midway.

The line comprises two sections, where each section is an independent funicular and passengers change cars at the halfway station. Whilst the upper section runs on its own right of way and is very similar to many other funicular lines, the lower section is an unusual street-running funicular, similar to Lisbon’s Glória, Bica, and Lavra funiculars

Another unusual way of reaching the top was added in 1969. A Cabin Lift, which runs from the ornamental gardens known as Happy Valley, is the longest in Great Britain. The leisurely ride gives passengers a unique opportunity of enjoying breathtaking aerial views without actually flying.

Llandudno Cable Car opened on 30 June 1969 as the longest passenger cable car system in Britain, this unique experience continues to be one of town’s most popular attractions.

As the Llandudno Cable Cars glide silently from Happy Valley to the summit of the Great Orme, 679feet up, you can take in the jaw-dropping panoramic views of the Bay of Llandudno, the Little Orme, the Conwy Estuary and miles out over the Iris Sea. And then look down on the beautiful gardens of Happy Valley or glimpse the action at the Llandudno Ski & Snowboard Centre.The distance to the summit is just over a mile and the leisurely journey takes about nine minutes on an endless steel rope.

Conwy Castle is only  5 miles  from Llandudno.

Conwy's massive military strength springs from the rock on which it stands and seems to grow naturally. Soaring curtain walls and eight huge round towers give the castle (a World Heritage Inscribed site) an intimidating presence undimmed by the passage of time.

The views from the battlements are breathtaking looking out across mountains and sea and down to the roofless shell of the castles 125ft Great Hall. It is from these battlements that visitors can best appreciate Conwy's other great glory, its ring of town walls.

Conwy is the classic walled town. Its circuit of walls, over three quarters of a mile long and guarded by no less than 22 towers, is one of the finest in the World

Betws-y-Coed lies in the Snowdonia National Park, in a valley near the point where the River Conwy is joined by the River Llugwy and the River Lledr, and was founded around a monastery in the late sixth century.

The village grew very slowly with the development of the local lead mining industry.

In 1815, the Waterloo Bridge, built by Thomas Telford to carry the A5 road across the River Conwy and through the village, brought considerable transport-related development.

The village became a major coaching centre between Corwen (to the east) and Capel Curig (to the west) on the Irish Mail route from London to Holyhead, which led to the improvement of the roads south to Blaenau Ffestiniog and north to Llanrwst and Conwy. 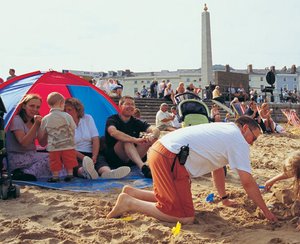 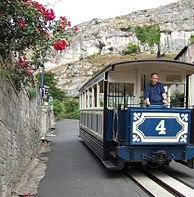 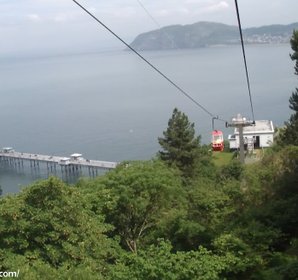 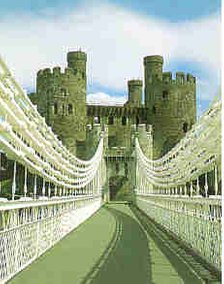 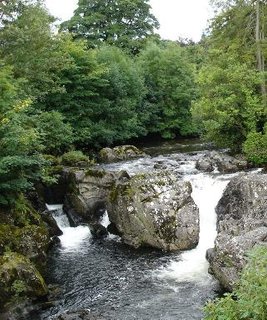